Our 3rd wheaten is called Absolutely Beauty From RoBi’s House aka Amy. She is a bitch from our very first A-litter from the combination of Nelson and Oreana . Born on May 21, 2017. Amy is still a puppy, but very eager to learn, watchful and alert with her mother Oreana and Aunt Paige who both are a great example to her. In the second weekend of September ’17 Amy has made her entrance in the show world! And was immediately awarded BOB-Minor Puppy and they are expected to have a golden future, the words of the judge (s). Hopefully she grows into a beautiful adult female. In Luxembourg she became BOS (Best Opposite Sex) at the age of 10 months old and became Youth Champion. And she is a Multi Youth Champion!!! Amy given birth of 6 puppies, 4 males and 2 females at Augustus 25, 2019 (more info look at puppies) 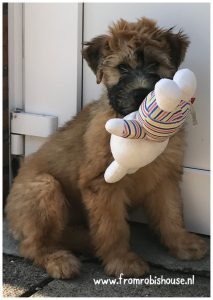 Other prizes and titles she won:

She won her first BOS in Luxembourg at the age of 10 months!!!! 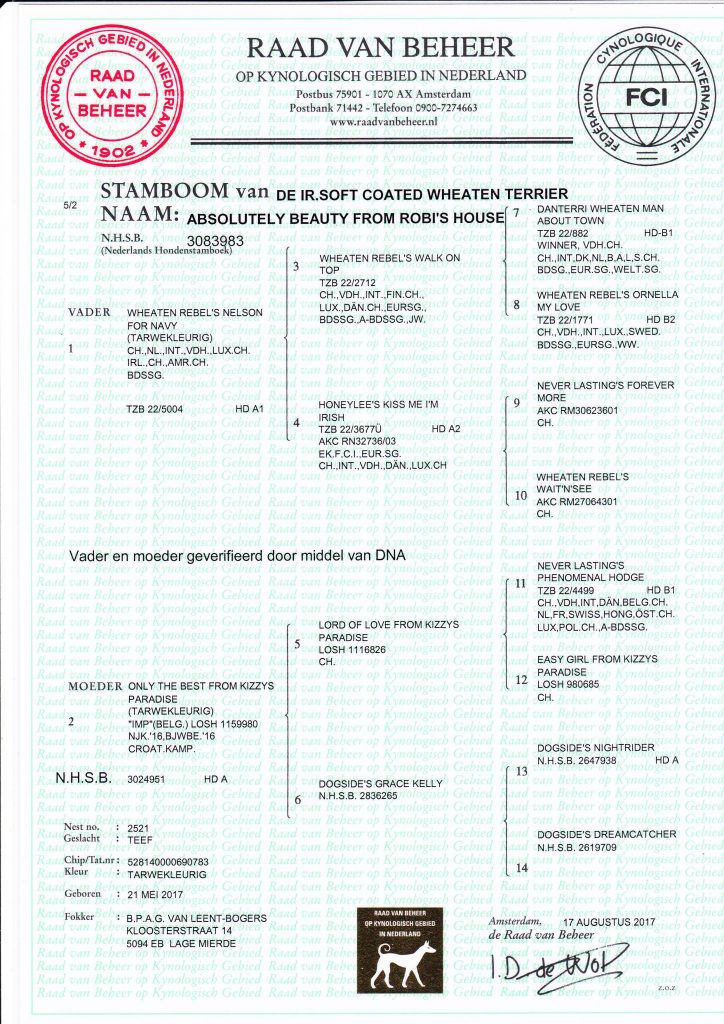 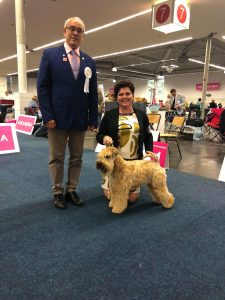